I guess from the introduction you can tell this blog post is not from Bec..... Hi its her husband Trav and I've decided without her knowledge to do a blog post for her as she has been unable to herself and is consistently worried about neglecting her online friends.

As you may or may not know Becci is 8 weeks pregnant and we are full of excitement, trepidation, gratitude and faith. It is for this very reason that she has not been able to blog as she has been very ill with morning sickness. Now traditionally most women suffer from some form of nausea during pregnancy. So when someone says to me " How's Bec?" and I say "She's pretty sick with morning sickness" I always get a response like:

"Oh yeah I remember what that was like for me, I used to feel sick in the mornings when I was on my way to work, or the gym, out at the shops or doing the washing it was so annoying."

Well I thought I'd take the opportunity to set the record straight and whinge on Bec's behalf. This is no normal morning sickness. I would imagine that maybe only 10% of women who get pregnant actually feel this sick. And I like to think since this is the fourth time around I'm a bit of an expert in determining the difference between morning sickness and what I call:

If you can answer yes to the following 11 questions you might graduate for this exclusive club:

1. Does your nausea last all day and no matter what you take it can never be suppressed??
2. During the night is your nausea and the need to throw up waiting for as soon as you wake up like a stalker who's been watching you sleep??
3. Do you throw up at least once every hour while you're awake??
4. Do you continually crave Carbs even though the natropath you're trying this time around forbids you from eating them and prescribes everything that makes you gag to be a part of your daily diet??
5. Does motion of any kind ( Even rolling from one side to the other in bed or on the lounge because you're numb ) intensify your nausea 10 fold.
6. Have you ever answered a knock at the door to a dear friend and found yourself Standing, leaning, sliding down the door frame and then laying on the floor to keep the nausea at bay while you talk because otherwise you'll throw up on the front door mat??
7. A Continuation of question 6...... Does having your body at an angle greater than 45 degrees cause you to throw up??
8. Do you have to eat at exact the right time to appease the ravenous crazy beast that is your stomach otherwise it turns on you and no matter what you eat after you've missed your window of opportunity is literally thrown back immediately??
9. Has the only exercise you've had over a period of three weeks been walking to the shower once a day??
10. Have you ever been stuck at home for a period longer than 3 weeks??
11. When someone says to you 4 year old daughter "What did mummy do today?" Did she respond in this manner?? "Mummy just lays really still all day and moans: I'M SOOO SICK!!

If you were able to answer these questions affirmatively then you qualify ..........
YOU POOR WOMAN!!!

Basically the real distinction between morning sickness and what Bec gets is that if you can manage to do all the things you'd normally do and just feel a little off then it's morning sickness.
If you find yourself completely debilitated and your life as you know it ceases for a period of nearly 6 months like a cruel time warp..... Then you'll know how Becci feels.

Seriously though hang in there for her. After the first month hits like a ton of bricks she can normally adjust and muster up the strength to get back to some of the things she loves.

PS..... On a side note. I've attempted in my new role as temporary mum to keep the house as well kept and orderly as it normally is........ the work NEVER stops!!!!!
I've been constantly cooking and cleaning and washing amidst working and then I wake up and it's all dirty again and everyone's hungry again. I have a HUGE appreciation for the work that mothers do. Any husband who thinks he makes up more than the 50% of the workload in his marriage should do there job for a week.........  It'll set him straight.

Thank you so much for leaving a comment!! xx I LOVE hearing from you xx

Bec
Central Coast, Australia
I'm obsessed!! From Fabrics, to designing, to sewing, to machine quilting and then to the relaxing...... sit back, feet up - hand quilting! Thanks for stopping by.. xx 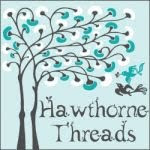 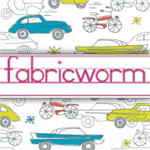